A daily walk on Waikouaiti Beach with his partner, Brenda, keeps Dick Tayler moving, but his hearing aids, he says, connect him to people and safeguard his wellbeing.

‘Every day that goes by when I wear them, I’m better for not missing out on so much, I’m aware when people speak to me, and am sure my grandchildren will find it easier to talk to their grandfather.’

‘Brenda’s also noticed how much nicer life is for us, and I’m sure I should now be able to hear it when she whispers sweet nothings, but perhaps after years of not being heard she’s given up. I wish I’d done something about my hearing years ago,’ Dick says, ‘hearing aids have given me a such a new lease on life.

‘I had them years before when my hearing was damaged by machinery on the family farm – tractors and chainsaws,’ he says. ‘I’d go duck shooting quite a bit too, and shotguns right by your ear without ear muffs are not good news for your hearing. But being a typical male, I didn’t use the aids much, and would just box on thinking that I was okay.’

Winning gold in the 10,000m at the 1974 Commonwealth Games made Dick a kiwi hero and put him on top of the world. But life always throws up new challenges.

Cardiac arrest two years ago, and subsequent battle with brain damage, mobility and depression threatened to accelerate Dick’s hearing loss. ‘The cardiac arrest affected my hearing and mental wellbeing, and really hit home that I had to do something. The doctors were adamant; without hearing aids, they said, I was facing a future of possible dementia and serious health problems.

‘So, I was forced into doing something about it, but by God after the tests, I was suddenly aware of how much I needed them, and of the impact that not being able to hear had on other people. I didn’t realise how much I was missing out on, or how frustrating it was for everyone else.’

‘I suppose over the years I’d got a bit lazy and stopped concentrating, and had got into the bad habit of repeatedly asking “pardon”. I was often not even aware that someone was speaking to me, and I’m sure they thought I was ignoring them. My grandchildren probably thought I was a grumpy old bugger who couldn't be bothered listening, but it wasn't intentional.’

Dick says his hearing aids make it easier to communicate with people. ‘There are so many pluses, I can't believe how much life has changed, they’ve had such a positive impact on my wellbeing. I can join in conversations with groups and am learning to tune out background sounds, like the wind or waves. I’m learning to hear only the sounds that I want to.

‘Anthony Rowcroft from Audiology South has been fantastic. He explained so much and demonstrated what hearing aid technology could do for me and my lifestyle. Audiology South takes an interest in my wellbeing, they are truly my hearing support system, where I can go for help. The hearing aids mean I can get on with life, but Anthony provides the backup. Years ago, ACC funded my first hearing aids, and thanks to Anthony I received assistance again with the provision of these aids.’

‘I don’t even want to think what the consequences could have been If I’d done nothing. I tell everyone now that if you can't hear for God's sake do something about it, hearing aids can protect your wellbeing. It’s got to be better for you and the people around you.’ 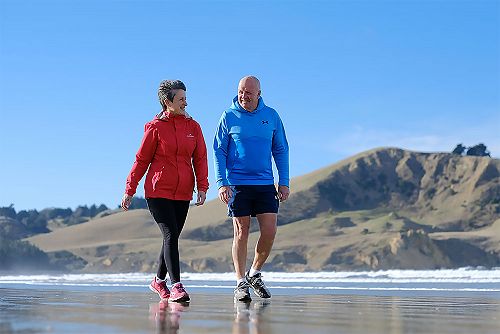 Single-sided deafness is a common condition

It is also highly frustrating for those who have it. Typically, single-sided deafness (SSD) is a congenital or idiopathi...

Listening-related fatigue, well-being and the importance of daily-life activity